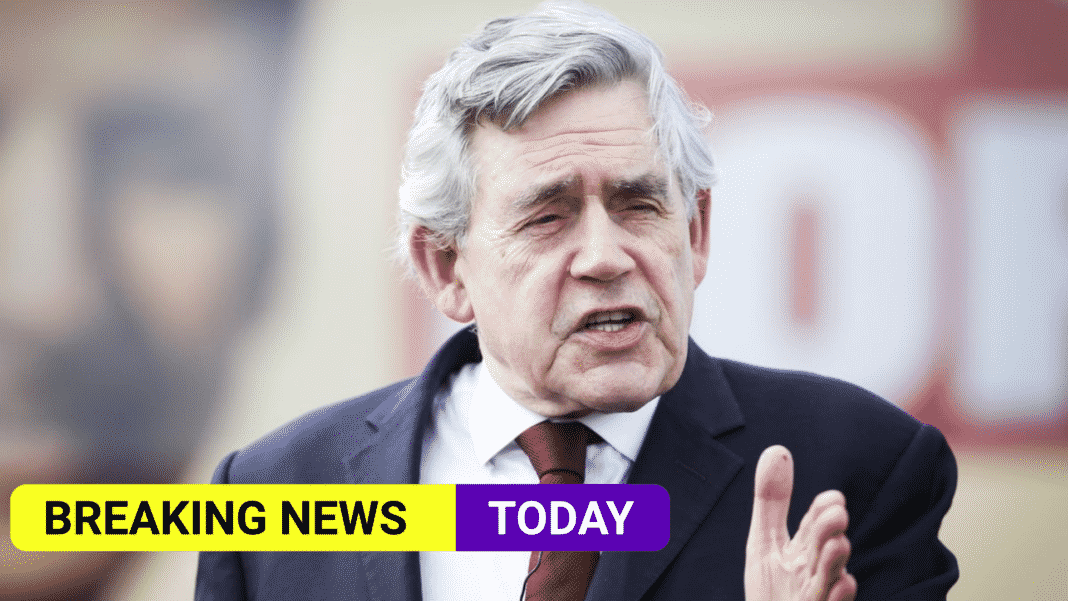 Ex-PM writes in Guardian that with prices of basics set to ‘rocket’, £20 a week cut is illogical and callous

Gordon Brown has called the government’s decision to cut £20 a week from universal credit the most “socially divisive and morally indefensible” policy he has witnessed in UK politics, saying it was being pursued with open disregard for its impact.

In a passionate comment article for the Guardian, the former prime minister said the cut next month showed ministers had in effect abandoned any pretence to try to tackle poverty, calling it “vindictive even beyond austerity”.

“I have never seen a government act so callously and with so little concern for the consequences of their actions on the poorest in our society,” Brown wrote.

“Ministers have published no study to explain their cut; offered no justification in, say, falling poverty figures (they are in fact rising); and offered only one pretext, a throwaway claim by the work and pensions secretary, Thérèse Coffey, that people on benefits could simply work more.”

Charities, as well as others have warned that the removal of the £20 “uplift” in weekly UC payments, introduced because of the coronavirus crisis, will push hundreds of thousands of families into poverty, with conditions exacerbated by factors such as rising fuel costs.

“There is, of course, never a right moment to cut social security benefits,” Brown wrote.

“But with the world dangling at the edge of an economic precipice, the price of basics – food and energy – threatening to rocket upwards and 30,000 Covid-19 cases a day, lives and livelihoods still hang in the balance, at this point, the government’s planned £20 a week cut to universal credit in October seems more economically illogical, socially divisive and morally indefensible than anything I have witnessed in this country’s politics.”

A total of £20 a week was “often the difference between breakfast and starting the day hungry”, Brown said, citing the efforts of the young footballer and anti-poverty campaigner Marcus Rashford. “Fuel poverty will force a choice between eating and heating.”

He added that the welfare state was “no longer even attempting to fulfil” its founding principles of abolishing squalor, want, disease, ignorance and idleness.

He wrote: “No longer will social security, as was promised then, take the fear, and the shame, out of need. I can tell ministers from experience that hope is being destroyed in the places they never deign to visit and there is desperation in the faces they never see.”

Rather than levelling up, Brown wrote, the government was “doubling down on a losing formula that makes no economic sense”.

He called for an end to the more punitive aspects of the social security system, such as the low amounts adults can earn before their UC payments are lowered, the wait for payments, and the two-child limit for many benefits.

“Twenty years ago we promised we would abolish child poverty in a generation,” Brown wrote. “Now all we can do is offer charity to prevent destitution.

“Rashford spoke for millions when he said that his community had little in material goods but what they lacked in money they had in compassion for each other.”

“And that’s what they will now have to rely on: the poor having to come to the aid of the poorest; and all people of conscience and decency, from local businesses to national charities, stepping up to fill the gap in empathy and moral fibre that this government has opened up.”