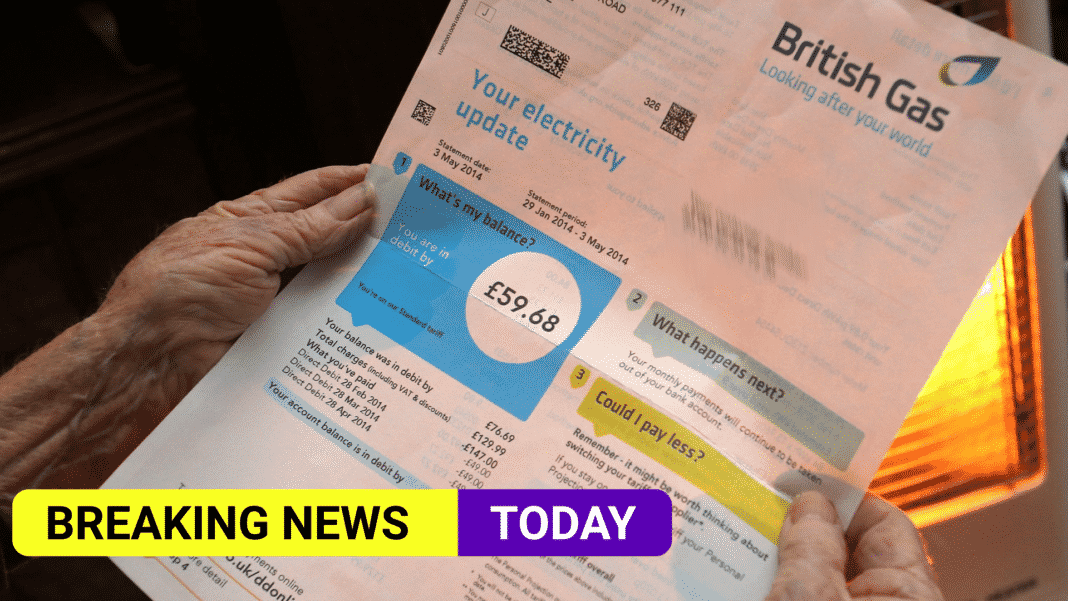 Ministers in the UK are considering ways to cut energy bills for some of the poorest households in the nations amid soaring gas prices as analysis suggests that a typical low-income UK family will be £1,750 worse off by April 2022.

New analysis from the Joseph Rowntree Foundation has suggested that a cost of living squeeze could leave a typical low-income family £1,750 worse off by April.

On Tuesday, Prime Minister Boris Johnson brushed away the worries about a wider cost of living squeeze and shortages during this winter, saying that “Christmas is on”.

But government sources have said that there were concerns, with discussions already underway about extending or raising the existing discounts on energy bills that are available to those on the lowest incomes in the country, with prices set to rise by an average of 12-13%, or £139 a year, from October.

Experts predict that even higher rises of potentially more than £150 again in the spring of the next year, when the government’s energy price cap is reviewed, unless there is a sustained fall in the cost of gas in the UK, which had risen by over 70% this August alone.

With Labour and some Tory MPs warning of a perfect storm of the £1,000 cut in universal credit, the end of furlough, energy bills increases and inflation, pressure is growing on the UK government to address the coming squeeze upon household incomes.

New estimates from the Joseph Rowntree Foundation, that were seen by the Guardian, found that a typical low-income UK family will be £1,750 worse off by April 2022 as these many factors combine into a spiralling cost of living crisis for the country.

The government believes that maintaining the price cap is the main tool for protecting consumers from the current crisis. One Whitehall source said it could have been “terrifying” if these companies were given “carte blanche” to raise energy bills as they were demanding.

However, others options still remain under consideration to help with energy costs, such as higher winter fuel payments, warm home discounts, as well as cold weather payments. An alternative could be bringing forward changes to the warm home discount that was proposed for 2022, which make another 780,000 people in the country eligible, although Whitehall sources cautioned there could be logistical difficulties with that.

On Tuesday, Kwasi Kwarteng, the UK’s business secretary, acknowledged that some households could be facing a “very difficult winter”. “That’s why I’m very keen to keep the warm home discount, and also there are other winter fuel payments that we’re looking at,” he said. Asked whether he had asked chancellor Rishi Sunak to raise the warm home discount, he said: “We have discussions about the budget, and you will see what happens in the budget.”

But Mr Johnson, speaking from the US before his first trip to Washington to see US president Joe Biden, insisted that the energy shortage was a “short term” problem. Asked about concerns over the shortages caused by a lack of CO2 production owing to high energy prices, which impacts the nation’s food availability, he said: “I really don’t think that is justified … Christmas is on.”

Kwasi Kwarteng said that some households could be facing a ‘very difficult winter’.

The prime minister said to BBC News: “I don’t believe people will be short of food, and wages are actually rising.”

Later challenged in an ITN interview over whether or not he accepted that people will struggle this winter, Boris Johnson replied: “No, because I think this is a short-term problem caused by the energy problems.

“The spikes in gas prices, like many of the other supply issues we are seeing including food, are caused by the world economy waking up after a long time in this suspended animation caused by Covid. We will do whatever we can to address the supply issues but this is a short-term problem.”

Modelling by the Joseph Rowntree Foundation has shown that a couple with two children, earning £20,000 a year, will see gas and electricity costs rise by £3 a week, and living costs by £8 a week, on top of the £20 a week universal credit cut – leaving them more than £130 a month worse off from October.

The hole in the family’s household budget would widen further by next April once increased national insurance contributions of £2.50 a week, levied to finance the government’s plans for NHS and social care spending, are factored in.