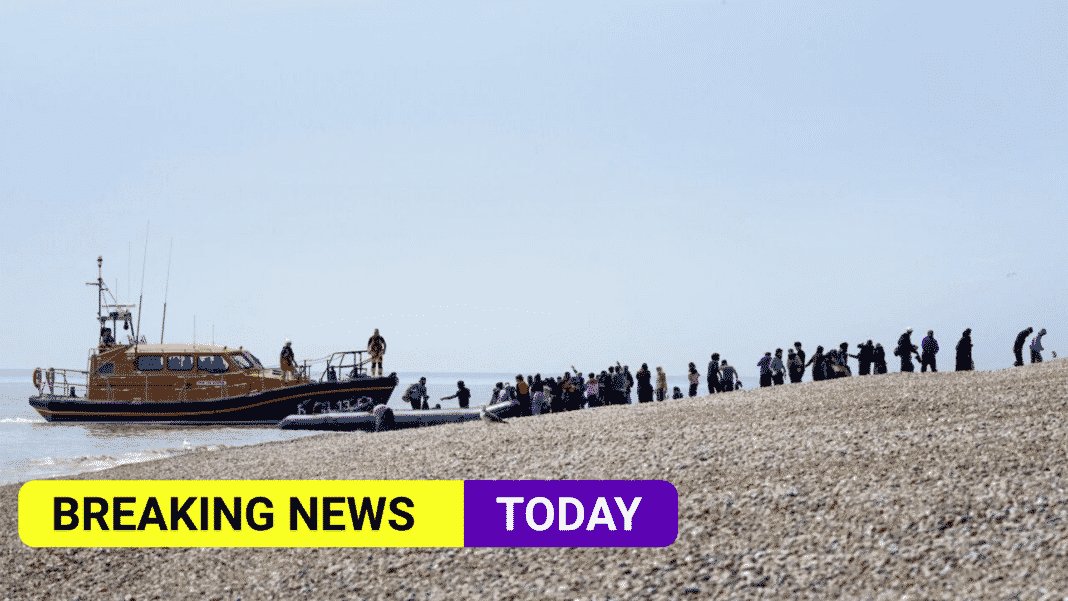 The migrants included a group of 50 men, women, and children who were seen walking ashore after landing near Dungeness in Kent

Over 430 migrants had sailed across the English Channel to the UK this Monday.

The number set a new record for a single-day, passing the previous daily high of 416 set within September last year, according to data that is compiled by the PA news agency.

Monday’s figure had included a group of around 50 men, women, and children who were seen walking ashore after having landed near Dungeness in Kent.

The migrants are thought to have arrived from northern France or Belgium on a dinghy earlier on in the day.

This comes after the Met Office has issued a new-style extreme heat weather warning and told people to watch out for sunburn, as well as heat exhaustion. The amber warning from the weather forecaster covers large parts of Wales, as well as all of south-west England and parts of both southern and central England.

The dinghy was watched by the RNLI as it came closer to the coast before it landed at around 1pm.

After the group arrived, some of its members celebrated, while others sat down on the beach.

It came as parliament debated proposed reforms to the UK’s asylum system.

Former prime minister Theresa May warned against the idea of sending asylum seekers to offshore processing centres, something that is done under controversial policies in Australia.

Mrs May said she had previously considered the idea but had not taken it any further due to “practical concerns”.

The Nationality And Borders Bill could see asylum seekers sent to a “safe third country” where they would submit claims at a “designated place” determined by the secretary of state.

Bella Sankey, director of charity Detention Action, said: “The Home Office’s anti-refugee bill is political theatre that doesn’t even pretend to deal with the issue or make our system, safe, fair or efficient.

“We need a mechanism allowing refugees arriving at the UK border in France to be given safe passage, and until we have it, all else is noise and distraction.”

More than 1,850 people have reached Britain on small boats in July so far, according to PA analysis.