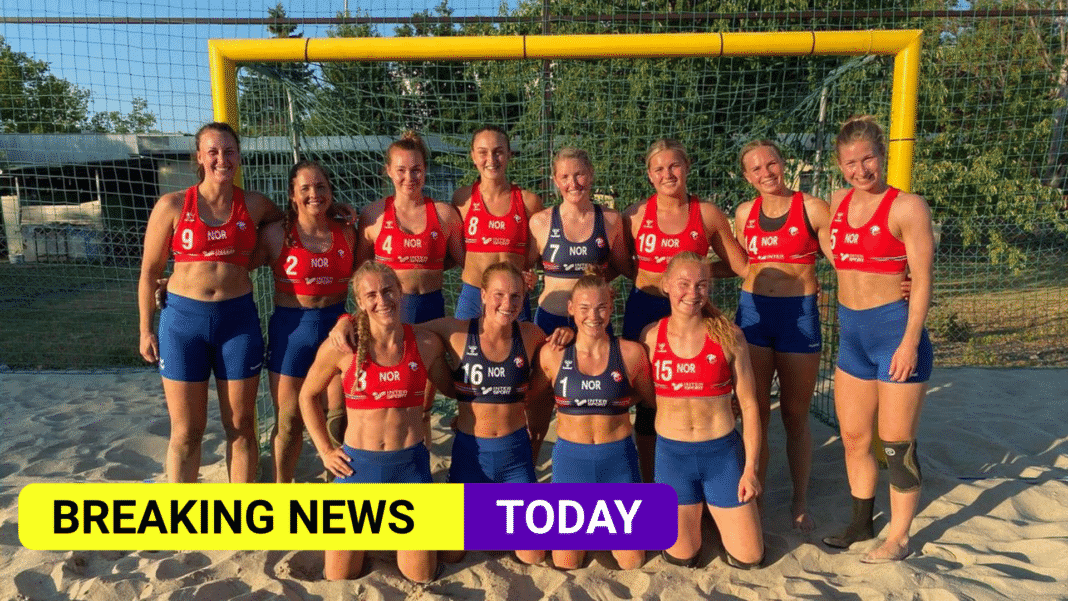 The sports minister for Norway Abid Raja has described the penalty of £1,300 for the clothing issue as being “completely ridiculous”

The Norway beach handball team has been handed a fine of £1,300 for wearing shorts instead of bikini bottoms during a match at the European Championship.

The women had been fined the equivalent of £130 (150 euros) each for the outfits that they chose for their match against Spain in Bulgaria.

Officials from the European Handball Federation have said that it was a case of “improper clothing” that was “not according to the Athlete Uniform Regulations defined in the IHF beach handball rules of the game”.

The sports minister for Norway, Abid Raja, described the penalty as “completely ridiculous”, while the Norwegian Handball Federation praised the players for trying to change attitudes.

This comes after this summer’s Tokyo Olympics will go ahead without spectators after a surge in coronavirus cases, organisers have announced. The widely expected move has all but robbed the Games of its last hope for pomp and public spectacle.

“We at NHF stand behind you and support you. Together we will continue to fight to change the rules for clothing, so that players can play in the clothes they are comfortable with,” they said.

The uniform guidance reads: “Athletes’ uniforms and accessories contribute to helping athletes increase their performance as well as remain coherent with the sportive and attractive image of the sport.

“Female athletes must wear bikini bottoms…with a close fit and cut on an upward angle toward the top of the leg.”

It comes after Team GB Paralympic long jumper Olivia Breen was told her briefs were “too short and inappropriate”.

A female official made the remark after Breen took part at the English Championships in Bedford.

Breen said she didn’t think the outfit was “objectionable” and that she was “disappointed” by the comment.

She said she hopes to wear the same briefs when she competes at the Paralympics in Tokyo next month.

An England Athletics spokesperson said: “We are aware of the post and will be investigating as a matter of urgency.

“The wellbeing of all participants in athletics is of the utmost importance and everyone should feel comfortable to compete and participate in the sport.”