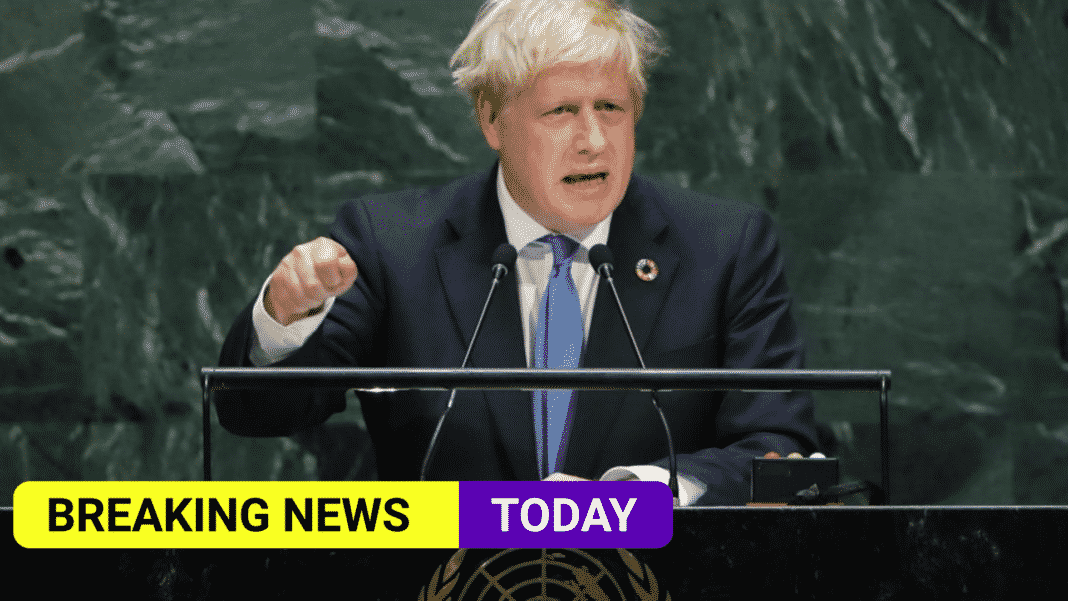 A climate summit of global leaders in 40 days will be the “turning point for humanity”, Boris Johnson has said in a speech to the UN

He warned that the global temperature rises were already inevitable, but had called upon his fellow leaders to commit to major changes in order to curb further climate change.

Countries must take some responsibility for “the destruction we are inflicting, not just upon our planet but ourselves”.

“It’s time for humanity to grow up,” he said ahead of the UK hosting the COP26 summit in Glasgow.

The UK’s prime minister also said that it was time to listen to the warnings of the world’s scientists. “Look at Covid if you want an example of gloomy scientists being proved right.”

This comes after there was a high and alarming increase in both deforestation and fires over the previous decade, when the annual reduction in forest area was close to 6,500 square kilometres, according to data from Brazil’s National Institute for Space Research (INPE).

Setting the tone for the meeting in November, he said that countries must make “substantial changes” by the end of this decade if the world is to stave off any further global temperature rises.

“I passionately believe that we can do it by making commitments in four areas – coal, cars, cash and trees,” he said.

But he called on China, which produces 28% of all global greenhouse gas emissions, to go even further and end its domestic use of coal, saying that the UK was proof that it could be achievable.

The UK used coal to generate 25% of all of its electricity five years ago, but that figure is now down to 2%. Boris Johnson said that the use of coal would be “gone altogether” by the year 2024.

The prime minister also said that he did not see any conflict between the green movement and capitalism, saying that: “The whole experience of the Covid pandemic is that the way to fix the problem is through science and innovation, the breakthroughs and the investment that are made possible by capitalism and by free markets.”

“We have the tools for a green industrial revolution but time is desperately short,” he added.

Elsewhere, the prime minister made a series of calls for action to his fellow leaders, including:

Amid the serious warnings, The Prime Minister also attempted to strike a comedic note at points, including saying that Kermit the Frog had been wrong when he sang the song It’s Not Easy Bein’ Green.

Boris Johnson reiterated that the world must curb the rise in global average temperatures to 1.5C, the stricter of the two targets being set by the UN in the 2015 Paris agreement.

However, the world is already 1C hotter compared with pre-industrial levels.

“If we keep on the current track then the temperatures will go up by 2.7 degrees or more by the end of the century,” Mr Johnson said.