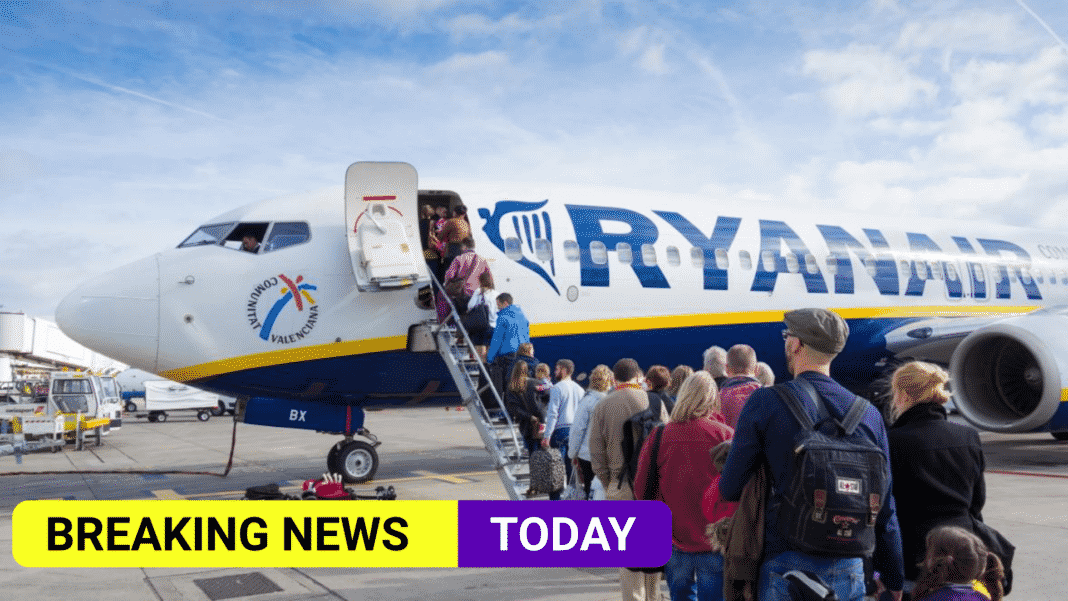 Ryanair, as well as the owner of Manchester, Stansted and East Midlands airports are to launch a legal challenge against the government

There are calls from Ryanair and the Manchester Airports Group for more transparency about how the government decides which countries will qualify for the green list for safe places to visit amid the COVID-19 pandemic.

The BBC understands that it has the backing of other major UK airlines.

Government Ministers say that the system “cautiously manages the risk of new variants”.

The traffic light travel system rates countries green, amber or red based on their coronavirus risk.

This comes after the United Kingdom is even less prepared to deal with climate change that is already affecting the country than it was five years ago, as a result of a “failing” response from the nation’s government, its own independent advisers have now warned.

Travellers to countries that are rated green will not need to isolate on their return, but they will need to receive a COVID-19 test before and after the trip.

Arrivals from amber countries will be required to quarantine, while red-list nations have the strictest restrictions, with only UK or Irish nationals, or residents of the UK, being allowed to return, and they must pay for a 10-day stay in a government-selected quarantine hotel.

The challenge by Ryanair and Manchester Airports Group has been put together following huge frustration within the travel industry with the inclusion of Portugal on the green list in mid-May and then its sudden removal just a few weeks later.

On top of this, the travel industry believes the Balearic and Greek Islands should have been included on the green list of countries last month when health data was analysed.

In a separate development, the bosses of Jet2 and EasyJet Holidays have told the BBC they do not understand why low infection destinations like Mallorca were left off the green list in the last review and questioned how government decisions are made.

The boss of Ryanair, Michael O’Leary, wants Boris Johnson to explain the scientific basis behind the system which he says the government “seems to make up” as it goes along.

Further signatories to the challenge are set to be revealed on Thursday. They are demanding a fast response as the crucial summer season edges closer.

The government said at the time that moving Portugal from the green to the amber list was necessary because of an increase in infection rates in the country, and the emergence of the “Nepal variant”, a mutation of the Delta version of the virus first detected in India. There were concerns that vaccines would not work as well on this particular mutation.

The move meant that some British holidaymakers had to cut short their holidays and dash back from Portugal on extra flights put on by airlines before the country came off the green travel list in early June.

Travellers the BBC spoke to said it cost them hundreds of pounds to book new flights to get home before the deadline.

Travel bosses are concerned the damage of these sudden reversals will continue to erode the confidence of the British travelling public.