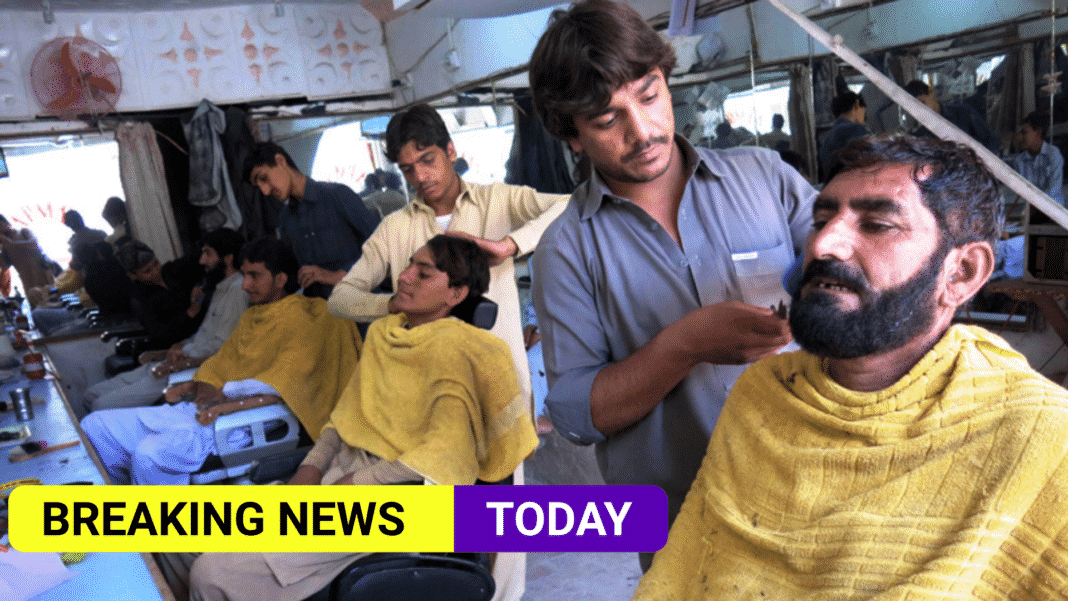 The order for barbers was issued by the Taliban on Monday and marks the latest in a series of restrictions that have been placed on the country’s residents based on the Taliban’s strict interpretation of Islamic law.

The Taliban have banned barbers in Afghanistan’s Helmand province from shaving or trimming the beards of their customers.

The order was issued on Monday and has marked the latest in a series of new restrictions that have been placed on the country’s residents based on the Taliban’s strict interpretation of Islamic law.

According to a US official, the Taliban say they will allow 200 Americans and other civilians to leave Afghanistan on charter flights. The official, who spoke to the Reuters news agency on the condition of anonymity, said that the Taliban were pressed to allow the departures from Kabul.

Sharia law is Islam’s legal system, which is based on the Koran and the rulings of Islamic scholars, and acts as a code of conduct for modern Muslims to adhere to, ensuring that they abide by God’s wishes in all areas of life from their daily routines to their personal beliefs.

“If anyone violates the rule (they) will be punished and no one has a right to complain,” said the new regulation, issued by the provincial Taliban government’s vice and virtue department to barbers in Lashkar Gah, the provincial capital.

It has not yet been made clear what penalties the barbers could be facing if they breached this order from the Taliban.

During their previous rule in Afghanistan back in the late 1990s, the Taliban demanded men grow beards.

After the group was ousted from power following the US-led invasion in 2001, shaved or cleanly trimmed beards became popular.

“I request our Taliban brothers to give freedom to people to live the way they want, if they want to trim their beard or hair,” one barber told the AP news agency.

“Now we have few clients coming to us, they are scared, they don’t want to trim their hair or beards, so I request them let people free, so we have our business and people can freely come to us.”

Another barber, Sher Afzal, added: “If someone comes for a haircut, they will come back to us after 40 to 45 days, so it is affecting our business like any other businesses.”

The latest regulations from the Taliban come amid several moves that signal the Taliban have not been swayed by international criticism. They are sticking to their current hardline path despite the initial promises of a more moderate rule over Afghanistan, inclusivity, and upholding of women’s rights since they regained control of the nation.

Within recent weeks the militant group has appointed an all-male government and has banned girls in grades 6 to 12 from returning to education, while some female employees have been told to stay at home.