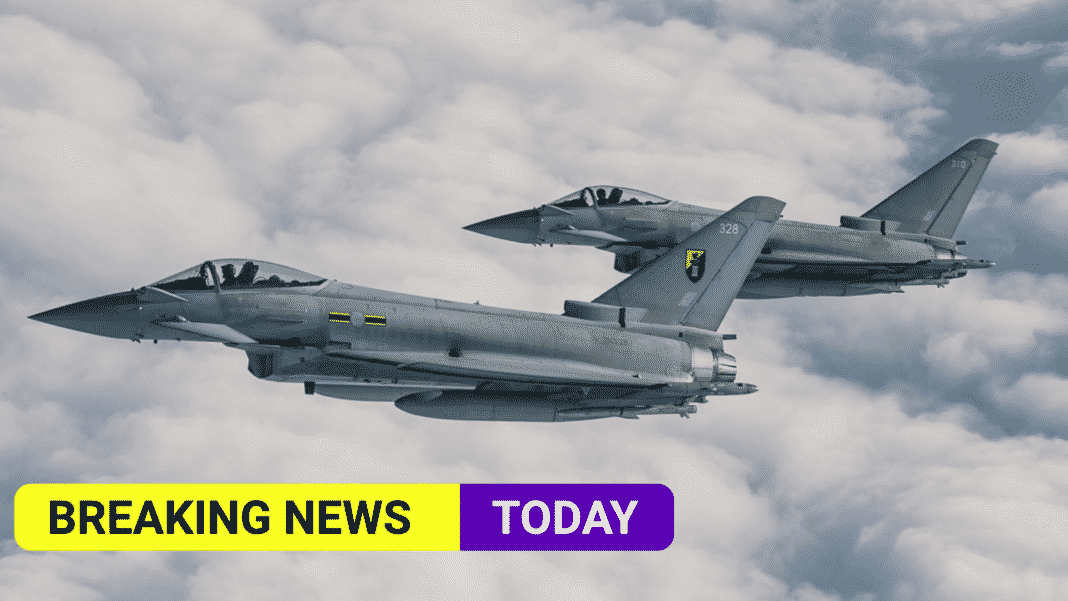 The UK is “ready” to launch airstrikes at ISIS in Afghanistan, after the Pentagon revealed it there are at least 2,000 “hardcore” ISIS-K fighters

While the UK had finished its withdrawal from the nation of Afghanistan the day before, the head of the Royal Air Force said to The Daily Telegraph that the UK could be involved in strikes against the Islamic State Khorasan; also known as ISIS-K.

Air Chief Marshal Sir Mike Wigston said that: “We’ve got to be able to play a global role… whether it’s strike, or moving troops or equipment into a particular country, at scale and at speed… If there’s an opportunity for us to contribute, I am in no doubt that we will be ready to.”

US military forces completed their withdrawal late on Monday evening, bringing to an end a western military presence which had lasted since the wake of the 9/11 attacks back in 2001.

This comes after officials have said that two explosions have taken place outside Kabul airport amid the evacuations of thousands of people from Western nations. UK defence sources said one of the explosions took place by a hotel where British troops and journalists have been staying.

RAF Air Chief Marshal Sir Mike Wigston said: “Ultimately what this boils down to is that we’ve got to be able to play a global role in the Global Coalition to Defeat Daesh [ISIS], whether it’s strike, or whether it’s moving troops or equipment into a particular country, at scale and at speed.”

He added: “If there’s an opportunity for us to contribute, I am in no doubt that we will be ready to – that will be anywhere where violent extremism raises its head, and is a direct or indirect threat to the UK and our allies.

“Afghanistan is probably one of the most inaccessible parts of the world, and we’re able to operate there.”

After announcing that the US military withdrawal from Afghanistan was complete, head of the United States Central Command General Kenneth McKenzie said that: “[ISIS] remain a very lethal force and I think we would assess that, probably, there are at least 2,000 Hardcore ISIS fighters in Afghanistan now.

“And of course, many of those come from the prisons that were opened a few days ago. So that number is up and is probably as high as it’s ever been in quite a while.”

The United States carried out a drone strike on what they say was an “ISIS-K vehicle” that was carrying “a substantial amount of explosive material” and was heading towards Kabul airport on Sunday.

However, it has now emerged that a family says that the US drone strike killed 10 of their relatives, including several children.

According to US Army spokesperson Major General William Taylor, the United States is “assessing” what happened after “significant secondary explosions” took place.

Dame Barbara Woodward, the UK’s ambassador to the United Nations, said that “a coordinated approach will be vital to counter any extremist threat emanating from Afghanistan”.

This comes after according to a senior British source, there is a “very high risk of a terrorist attack” against the evacuation operations by the UK and other allied forces in Kabul. The kind of attack that this group is known for conducting is suicide bombings such as car bombing or individuals blowing themselves up.

And the UK’s Foreign Secretary Dominic Raab was a signatory to a statement from the Global Coalition to Defeat ISIS about Afghanistan.

The statement said: “We will continue working closely together under the auspices of the Global Coalition to Defeat ISIS to counter this dangerous threat effectively.

“In that effort, we will draw on all elements of national power – military, intelligence, diplomatic, economic, law enforcement – to ensure the defeat of this brutal terrorist organisation.

“We will continue to apply robust counterterrorism pressure against ISIS wherever it operates.”