Hottest temperature of the year recorded over the bank holiday weekend 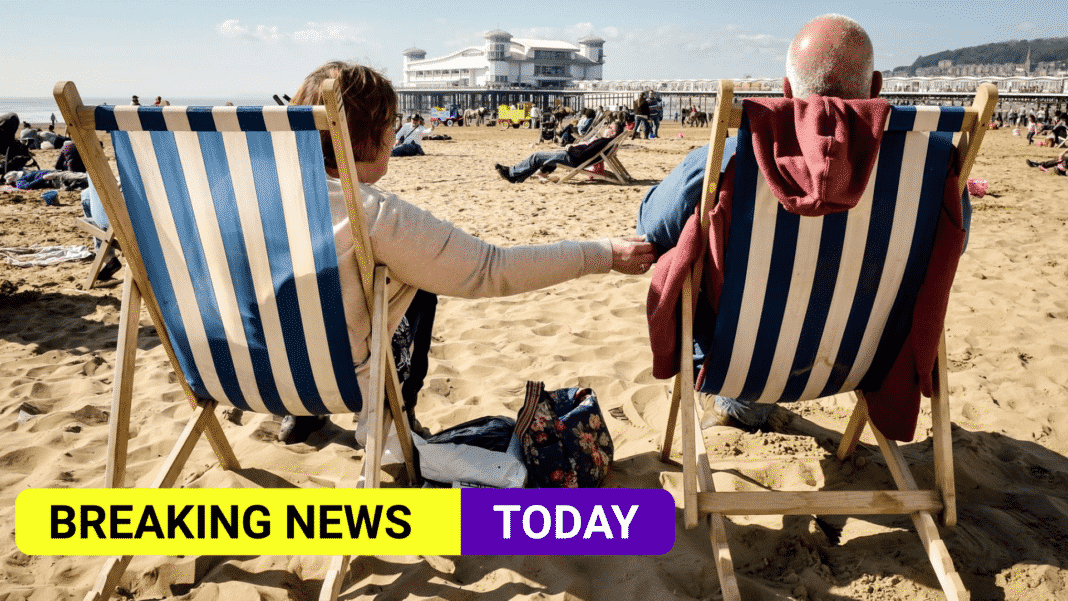 People have flocked to parks, beaches, pubs and restaurants following the easing of nationwide COVID-19 lockdown restrictions with the hottest temperatures of the year

The United Kingdom has recorded its hottest temperature of the year so far, with Kinloss in northern Scotland hitting highs of 24.6C (76.3F) on Monday.

The Met Office has said that it had beaten the previous high, which had been set on the 30th of March, when Kew Gardens in London had reached 24.5C at its hottest.

The bank holiday heat comes following two days of sunny weather being seen across most of the country.

This comes after ministers have backtracked over local travel advice for eight areas worst hit by the Indian Covid variant, after a change in advice led to confusion. The amended advice has asked people to minimise their travel into and out of the eight areas that are: Bolton, Blackburn, Kirklees, Bedford, Burnley, Leicester, Hounslow and North Tyneside.

People had flocked to parks, beaches, pubs and restaurants in order to enjoy the sun following the recent easing of the national coronavirus restrictions.

It marks a welcome change from the previous few weeks, May has been the fourth wettest on record for the UK, as well as the wettest weather ever for Wales.

The Coastguard had earlier encouraged people to stay safe as many people were heading to the seaside, lakes and rivers.

Met Office forecasters have said that low cloud and mist within areas of the east coast would make it cooler than the rest of the country, with temperatures between 12C (53.6F) and 16C (60.8F).

Wednesday could be even warmer – with 27C (80.6F) possible before cooler air moves in.

There could also be thunderstorms on the way for some later in the week.

This comes after The federal court of Australia has found that the nation’s environment minister, Sussan Ley, has a duty of care to protect young people in Australia from the climate crisis in a judgment that is being hailed by lawyers and teenagers who had brought the case as being a world first.

Met Office meteorologist Becky Mitchell said the South West would likely be first to experience any storms, possibly arriving as early as Wednesday before soaking the South East on Friday.

She added: “There’s still a lot of uncertainty but with the warm and humid weather we are having we have the key ingredients for thunderstorms.”

With summer just beginning, there is still plenty of time for temperatures to climb further and possibly approach the 2020 high, when 37.8C (100F) was recorded at Heathrow on the 31st of July.