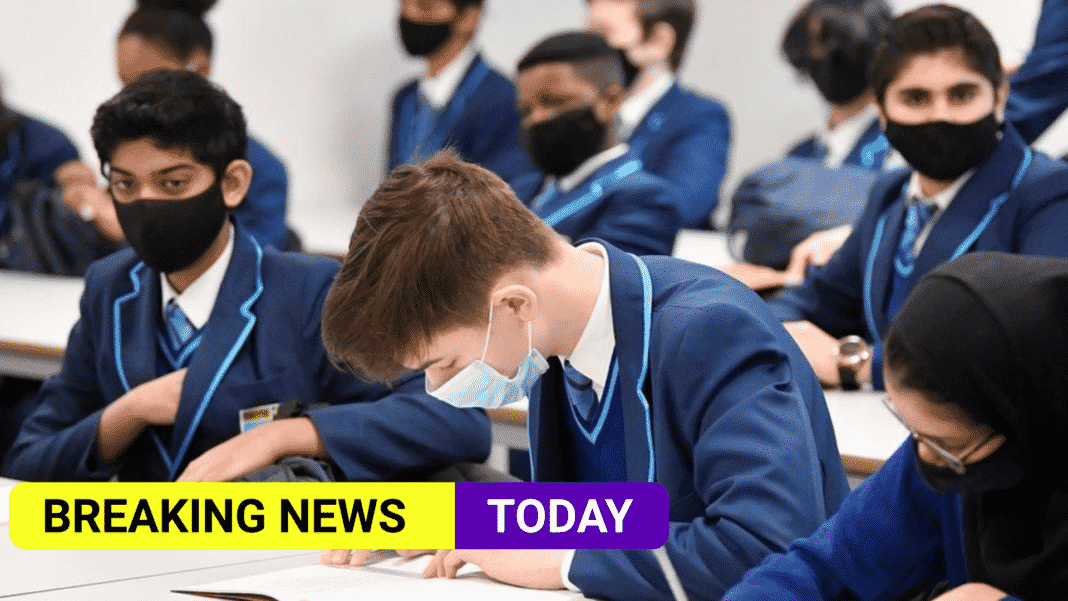 School pupils could be required to wear masks in schools across England again as part of the government’s back-up plan if the country’s COVID-19 situation deteriorates significantly, the education secretary has now admitted.

Nadhim Zahawi confirmed that it was one of the contingencies the government had planned for, but signalled his opposition to reinstating “bubbles” that separated students into groups and enforced isolation if one person tested positive for coronavirus.

The number one priority was keeping schools open, Zahawi said, speaking to Sky News after just two weeks in his job. He was promoted into the cabinet from vaccines minister in last month’s reshuffle, replacing Gavin Williamson.

“The good news is that – and thanks to the brilliant teachers and support staff and parents and children – 99% of schools are open,” he said on Thursday.

“Attendance has gone up, the last set of figures I looked at was about 90%, that obviously will fluctuate depending on infection rates. But my priority is to protect education, keep those schools open.”

The plan for schools in case Covid infections and serious illnesses soar “contains lots of contingencies, including masks”, Zahawi confirmed – though he stressed ministers hoped to avoid reintroducing mandatory measures.

He added: “I don’t want to return to bubbles because, actually, you saw the fall-off in attendance which really does harm mental wellbeing, mental health of children.”

Zahawi’s comments came as the UK recorded 39,851 new cases of Covid on Wednesday, up by 5,982 compared with Tuesday.

Schoolchildren’s learning and wellbeing have been hit particularly hard during the pandemic, as they were forced to abandon in-person teaching during two national lockdowns in England, with most taught at home by struggling parents trying to balance work and home-schooling.

Ministers came in for criticism after the resignation of the government’s education recovery commissioner, Sir Kevan Collins, over their failure to come up with sufficient funding for his ambitious proposals to help children who have lost months of learning through Covid disruption.

Zahawi said he wanted pupils to catch up with missed schooling as quickly as possible, and told ITV that for those at primary school it was “looking really positive”, but voiced concerns about “the children who have the least time to recover, so the 16 to 19-year-olds and secondary school children”.

He also conceded the rollout of CO2 monitors to schools to monitor ventilation in classrooms had been slower than hoped – but blamed supply issues and said the 300,000 devices promised in August would be delivered by the end of November.

And Zahawi defended criticism that the sole policy announced by Boris Johnson in his Tory conference speech on Wednesday was recycled from 2019. The prime minister said he was “announcing a levelling-up premium of up to £3,000 to send the best maths and science teachers to the places that need them most”. But while billed as new, the policy was launched in 2019 but then phased out.

Zahawi said it was a different version of the old policy, explaining: “I don’t have a problem saying, look, I’ll bring something back and improve it.”