180 Soldiers reportedly dead in North Korea due to COVID-19 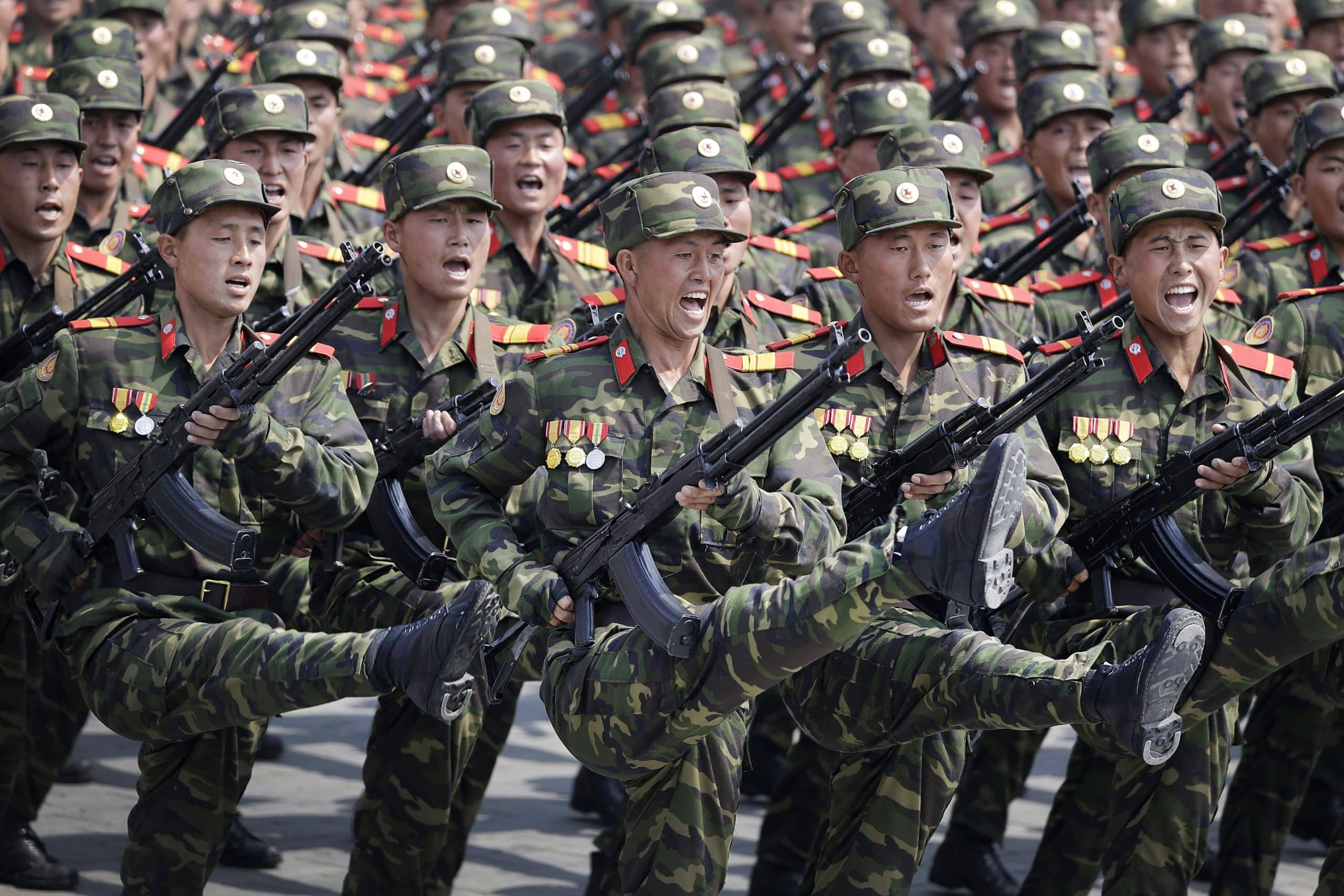 180 soldiers in the North Korean army have reportedly been killed by COVID-19, as the coronavirus sweeps the secretive nation, leaving the world to wonder the true extent of damage caused by the outbreak in the country.

The isolated state has not admitted to having a single reported case of coronavirus since it surfaced in neighbouring China in late December.

Fears of a national pandemic are growing as neighbouring South Korea confirmed it is the second most infected nation in the world with over 7,000 cases.

A source in North Korea has claimed that the Covid-19 strain of coronavirus has killed 180 soldiers, while more than 3,700 have been quarantined, according to the Daily NK.

The deaths were reportedly revealed in a document sent by military medical staff to the regime’s military bosses. The North Korean source had also claimed that the North Korean military is struggling to cremate the dead soldiers as there are ‘just too many bodies’.

The source went on to say: ‘The military leadership likely believes that suddenly asking the hospitals to cremate all the bodies would create a big headache for medical staff.’

This information comes after a flight carrying diplomats fleeing North Korea arrived in Russia today. The majority of which were wearing face masks and some of those passengers were accompanied by children, as they were pictured at Pyongyang International Airport.

Russian state news agency Tass says there were about 60 foreigners aboard, including 13 Russian citizens, as well as 40 North Koreans that were flown out to Vladivostok in Russia.

This come shortly after North Korea lifted a quarantine that lasted a month on the 2nd of March, for foreign diplomats based in Pyongyang, allowing them to leave the country if needed.

Colin Crooks, the British ambassador to Pyongyang, tweeted: ‘Sad to say farewell this morning to colleagues from German Embassy and French Office #NorthKorea which are closing temporarily.’

He said the British Embassy would remain open.

North Korea has called its anti-virus campaign a matter of “national existence.” the country banned foreign tourists, shut down nearly all cross-border traffic with China.

Many experts say North Korea is highly vulnerable to infectious diseases due to its chronic shortage of medical supplies and outdated health care infrastructure.

Our Previous articles on Coronavirus:

‘Widespread transmission’ of the coronavirus more likely in the UK

Did a science fiction novel predict Coronavirus in the 80s?

Northern Italy travellers must self-isolate due to Coronavirus